TO DRAIN THE FOREIGN POLICY SWAMP, TRUMP SHOULD START IN THE SAHARA DESERT

12:51 PM 08/14/2018
Suzanne Scholte | President, Defense Forum Foundation; Seoul Peace Prize Laureate
A tremendous opportunity exists for President Donald Trump to resolve a long-simmering foreign policy conflict over Africa’s only remaining colony, Western Sahara, as it is a stark illustration of exactly the themes on which he campaigned.
When Trump ran for president, he spoke often about the “forgotten men and women” and highlighted how corruption in government can lead to much suffering and unfairness and vowed to “drain the swamp.”
Even during his campaign for president, Trump’s campaign Twitter account (“Official Team Trump”) shared a graphic about this very conflict when it was exposed that Hillary Clinton had been promised $12 million from the Kingdom of Morocco, the invaders and occupiers of Western Sahara.
“More pay for play” and “Drain the swamp” was tweeted from Team Trump along with this graphic on October 21, 2016:
View image on Twitter 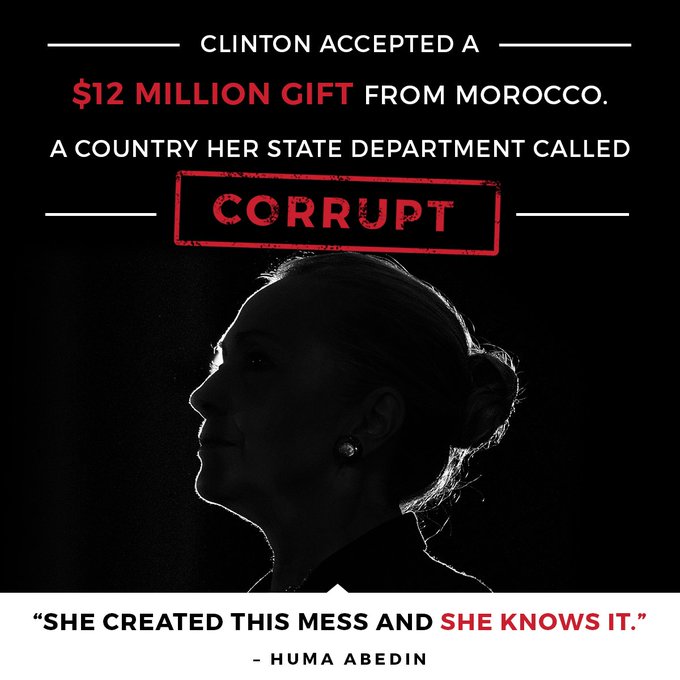 'Hillary Clinton sold her soul'
dailycaller.com
Twitter Ads info and privacy
It is precisely because the Sahrawi of Western Sahara are a forgotten people and precisely because of corruption and unfairness that they are still suffering under brutal occupation in Moroccan Occupied Western Sahara and as refugees in one of the most inhospitable areas of the world, the Sahara desert.
When former Secretary General Ban Ki Moon visited the Sahrawi refugee camps, he described Western Sahara, as “one of the forgotten humanitarian tragedies of our time,” and an “occupation” by Morocco that “is unacceptable.”
Resolving the Western Sahara conflict would have five significant benefits: it would result in the establishment of a pro-West-Muslim democracy in North Africa; bring about much needed stability in the Maghreb; signal to the Muslim and African world the United States’ firm commitment to upholding freedom and human rights for all peoples; show that peaceful advocacy and the Rule of Law are better than terrorism to advance your cause; and for Trump especially achieve something that every past U.S. President – and the United Nations – have failed to do.
Today, Western Sahara remains the only African nation that has failed to achieve decolonization because it was invaded by Morocco in 1975.
For sixteen years, the Sahrawi fought the Moroccan invaders, and at the very point when it appeared they may win freedom for their homeland, Morocco sued for a cease-fire and agreed in 1991 to allow a United Nations referendum to be held on self-determination, which is all the Sahrawi ever sought: the right to vote on their destiny.
That vote has never occurred because the Kingdom of Morocco has poured millions of dollars into lobbying to block the successful implementation of the referendum bribing UN Officials and lawmakers as detailed by numerous leaked reports including one prepared by the United Nation’s own Department of Peacekeeping Operations.
Americans who served with MINURSO — the United Nations Peacekeeping mission responsible for implementing the Western Sahara referendum — have testified for decades about Morocco’s corruption of the process. These Americans range from the late Ambassador Frank Ruddy, who served in the Reagan administration, to military observers like Commander Doug Dryden of the U.S. Navy and Scott Tate of the U.S. Air Force, to New York Human Rights attorney Katlyn Thomas.
Thomas, who was responsible for legal issues for MINURSO and one of the highest ranking civilians with the mission, testified most recently before the United Nations this past October:

There is only one way that this conflict will be resolved – by allowing the people themselves to decide their future, by implementing the referendum that the United Nations promised them over 40 years ago….  There is no technical, logistical, or legal reason why this cannot be done.  All it would take is the willingness of the United Nations to stand up to Morocco’s intransigence once and for all.

During the Obama administration, there was much hope that the issue would receive a breakthrough because of Obama’s African roots and the widespread support the Sahrawi have throughout the African continent. In fact, the African Union has recognized the Sahrawi Republic formed by the Sahrawi in 1976 as the legitimate government of Western Sahara since 1982!
But instead, progress was corrupted by Morocco’s relationship with Hillary Clinton, its ongoing bribery of U.N. Officials and the millions it continues to spend on lobbyists in Washington, D.C.
As someone who has worked in human rights for over 20 years, I have never met a more honorable people than the Sahrawi. Even while living as refugees in the brutal Sahara desert, they established a republic with a constitution modeled after the U.S. Constitution, guaranteeing the right to vote for all citizens 18 years of age; guaranteeing equal rights for women; and calling for a free market economy and religious freedom, something truly remarkable in the Muslim world.
They have run their refugee camps utilizing a democratic system in which elections are held for national leadership and women have served as governors of the refugee camps and are well represented in the national leadership. Additionally, their strong emphasis on education has led them to achieve an over 90-percent literacy rate making them the most educated African people group.
Those Sahrawi who remained behind in their homeland of Western Sahara continue to be cruelly and violently treated as documented by the U.S. State Department and leading Freedom House to rank Moroccan Occupied Western Sahara as one of the world’s worst regimes. Despite their suffering, Sahrawi have never resorted to violence and renounce all forms of terrorism.
Instead, they have relied on the rule of law and peaceful demonstrations to achieve their right to self-determination. Some international observers cite the Sahrawi peaceful protest in October 2010 when they set up tent cities outside Laayounne, Western Sahara, to protest their lack of jobs and opportunities in their own homeland as the beginning of the “Arab Spring.”
The UN’s failure to hold the referendum and its failure to include human rights monitoring as part of MINURSO’s, the only U.N. mission without such a mandate, has led to many tragic events. Sahrawi in Moroccan Occupied Western Sahara face torture, imprisonment and disappearances. Furthermore, an entire generation of children living in the refugee camps have never seen their homeland.
What this travesty has demonstrated is the complete failure of the U.N. to fulfill its mission.  The U.N.’s failure has rewarded invasion, aggression and violence ─ as Morocco has committed ─ while punishing those who placed their trust in the U.N.
Trusting the U.N. has led the Sahrawi to witness their children grow up in refugee camps, and their loved ones being beaten, tortured, and disappeared into Morocco’s prisons. It has also delayed the greatest opportunity there is for the establishment of a pro-West Muslim democracy something the Bush administration attempted to do in Iraq and Afghanistan.
Like the forgotten American men and women Trump campaigned to help, the Sahrawi are just the kind of people also worthy of his help. Trump is just the kind of president who could make it happen.
Mr. President, please drain the swamp for the people of Western Sahara by ensuring the long-promised referendum is held so that Morocco’s brutal occupation will end.